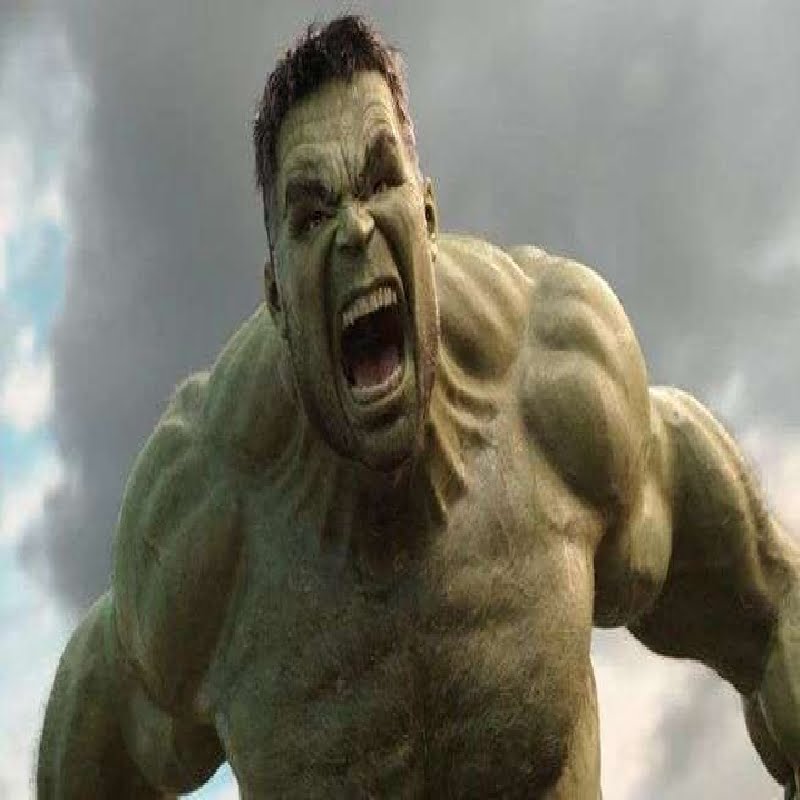 The Hulk is a superhero appearing in publications by the American publisher Marvel Comics. The character was created by writer Stan Lee and artist Jack Kirby. In his comic book appearances, the character is both the Hulk, a green-skinned, hulking and muscular humanoid possessing a vast degree of physical strength, and his alter ego Dr. Robert Bruce Banner, a physically weak, socially withdrawn, and emotionally reserved physicist, the two existing as independent personalities and resenting of the other.

The Hulk first appeared in The Incredible Hulk #1 (cover dated May 1962), written by writer-editor Stan Lee, penciled and co-plotted by Jack Kirby, and inked by Paul Reinman. Lee cites influence from Frankenstein and Dr. Jekyll and Mr. Hyde in the Hulk’s creation.

Kirby, commenting upon his influences in drawing the character, recalled as inspiration witnessing in person the hysterical strength of a mother lifting a car off her trapped child. Lee has also compared Hulk to the Golem of Jewish mythology.

In the debut, Lee chose grey for the Hulk because he wanted a color that did not suggest any particular ethnic group. Colorist Stan Goldberg, however, had problems with the grey coloring, resulting in different shades of grey, and even green, in the issue.

After seeing the first published issue, Lee chose to change the skin color to green. Green was used in retellings of the origin, with even reprints of the original story being recolored for the next two decades, until The Incredible Hulk vol. 2, #302 (December 1984) reintroduced the grey Hulk in flashbacks set close to the origin story.

Lee gave the Hulk’s alter ego the alliterative name “Bruce Banner” because he found he had less difficulty remembering alliterative names. Despite this, in later stories he misremembered the character’s name and referred to him as “Bob Banner”, an error which readers quickly picked up on. The discrepancy was resolved by giving the character the official full name “Robert Bruce Banner.” The Green Giant got his name from a comic book character named The Heap who was a large green swamp monster.

Following his accidental exposure to gamma rays saving the life of Rick Jones during the detonation of an experimental bomb, Banner is physically transformed into the monster when subjected to emotional stress, at or against his will, often leading to destructive rampages and conflicts that complicate Banner’s civilian life.

The Hulk’s level of strength is normally conveyed as proportionate to his level of anger. Commonly portrayed as a raging savage, the Hulk has been represented with other personalities based on Banner’s fractured psyche, from a mindless, destructive force, to a brilliant warrior, or genius scientist in his own right.

Despite both Hulk and Banner’s desire for solitude, the character has a large supporting cast, including Banner’s lover Betty Ross, his best friend Rick Jones, his cousin She-Hulk, therapist and ally Doc Samson, and his co-founders of the superhero team the Avengers, etc.

However, his uncontrollable power has brought him into conflict with his fellow heroes and others. Despite this he tries his best to do what’s right while battling villains such as Leader, Abomination, Absorbing Man and more.

One of the most iconic characters in popular culture, the character has appeared on a variety of merchandise, such as clothing and collectable items, inspired real-world structures (such as theme park attractions), and been referenced in a number of media. Banner and the Hulk have been adapted in live-action, animated, and video game incarnations.

The character and the concepts behind it have been raised to the level of iconic status by many within and outside the comic book industry. In 2003, Official U.S. PlayStation Magazine claimed the character had “stood the test of time as a genuine icon of American pop culture.” In 2008, the Hulk was listed as the 19th greatest comic book character by Wizard magazine.

Empire magazine named him as the 14th-greatest comic-book character and the fifth-greatest Marvel character. In 2011, he placed No. 9 on IGN’s list of “Top 100 Comic Book Heroes”, and fourth on their list of “The Top 50 Avengers” in 2012. Banner was ranked #1 on a listing of Marvel Comics’ monster characters in 2015.

For Fanboys and Fangirls who want to know all they can about Bruce Banner. We’ve put together a list of 25 facts fans probably don’t know about the Hulk.