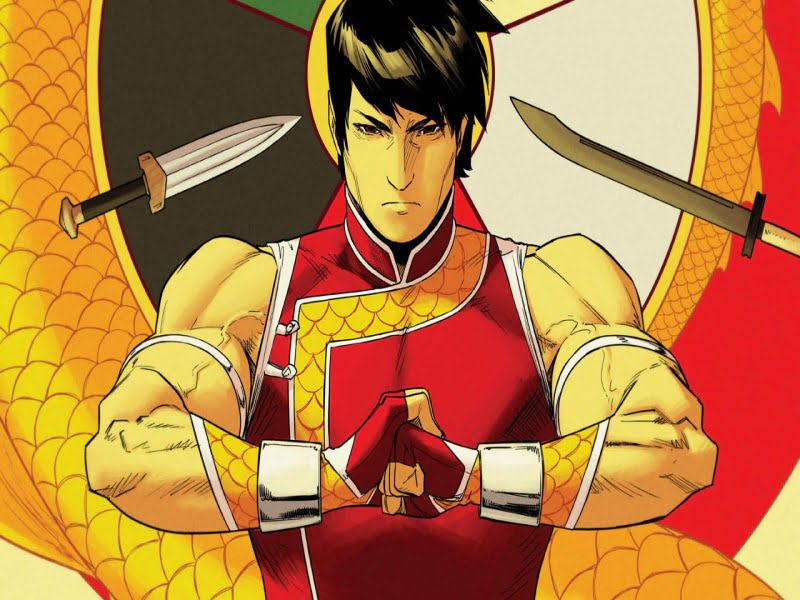 Shang-Chi is a fictional superhero appearing in comic books published by Marvel Comics. The character was created by writer Steve Englehart and artist Jim Starlin.

Although it has never been determined exactly how extensive Shang-Chi’s fighting skills are, he has beaten numerous superhuman opponents. Shang-Chi is classed as an athlete but he is one of the best non-superhumans in martial arts and has dedicated much of his life to the art, being referred to by some as the greatest empty-handed fighter and practitioner of kung fu alive, with even Ares acknowledging him as one of the few mortals who can hold their own against a god without the use of magic.

Much of his physical abilities seem to stem from his mastery of chi, which often allows him to surpass physical limitations of normal athletes. He has also demonstrated the ability to dodge bullets from machine guns and sniper rifles, and is able to deflect gunshots with his bracers. Shang-Chi is also highly trained in the arts of concentration and meditation, and is an expert in various hand weapons including swords, staves, kali sticks, nunchaku, and shuriken.

Due to his martial arts prowess, Shang-Chi is a highly sought out teacher and has mentored many characters in kung fu and hand-to-hand combat. Some of Shang-Chi’s most prominent students and sparring partners have included Captain America, Spider-Man, and Wolverine.

During his time with the Avengers, Shang-Chi was given special equipment by Tony Stark, including a pair of bracelets that allowed him to focus his chi in ways that increased his strength and a pair of repulsor-powered nunchaku.

Shang-Chi first appeared in Special Marvel Edition #15 (December 1973) by Steve Englehart and Jim Starlin. He appeared again in issue #16, and with issue #17 (April 1974) the title was changed to The Hands of Shang-Chi: Master of Kung Fu.

He did several crossovers with other Marvel martial artists, including the White Tiger, Iron Fist and the Daughters of the Dragon (Colleen Wing and Misty Knight). He appeared regularly in The Deadly Hands of Kung Fu.

Shang was raised to become a deadly assassin by his father, the immortal crime lord and sorcerer Fu Manchu. Feeling lessons from various masters were not enough, the boy was also subjected to alchemy and a virtual reality feed of techniques and styles while he slept.

However, Shang Chi became aware of his father’s evil and faked his death after his first assignment. He then began to attack various elements of his father’s criminal empire and allied himself with his father’s enemy, Denis Nayland Smith. In retaliation, Fu Manchu sent a number of assassins to kill him.

His travels led him to meet a number of other martial artists and superheroes around the world: he met his rival, Cat; and teamed up with Iron Fist, Jack of Hearts, and White Tiger to take down the Corporation.

After years of playing at “games of deceit and death”, Shang-Chi retired from the espionage world. He resurfaced to assist his old friend from MI-5 against the Si-Fan ninjas.

Shang-Chi will make his live-action debut in the Marvel Cinematic Universe in his own standalone movie Shang-Chi and the Legend of the Ten Rings, scheduled to release on July 9, 2021. He will be played by Chinese-Canadian actor Simu Liu.