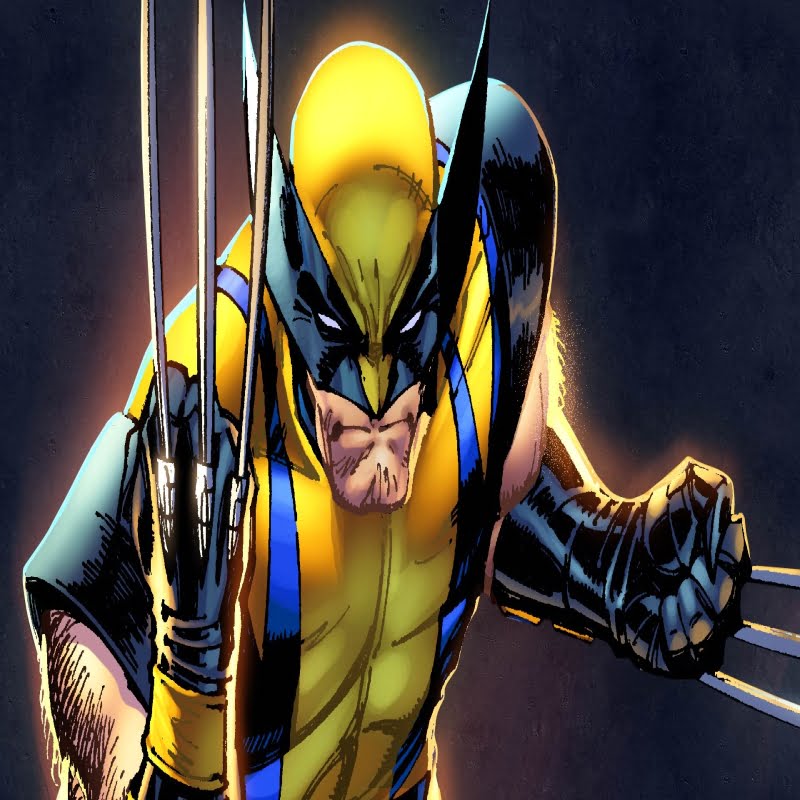 Wolverine (birth name: James Howlett; colloquial: Logan, Weapon X) is a fictional character appearing in American comic books published by Marvel Comics, mostly in association with the X-Men. He is a mutant who possesses animal-keen senses, enhanced physical capabilities, powerful regenerative ability known as a healing factor, and three retractable claws in each hand. Wolverine has been depicted variously as a member of the X-Men, Alpha Flight, and the Avengers.

The character appeared in the last panel of The Incredible Hulk #180 before having a larger role in #181 (cover-dated Nov. 1974). He was created by Marvel editor-in-chief Roy Thomas, writer Len Wein, and Marvel art director John Romita Sr. Romita designed the character, although it was first drawn for publication by Herb Trimpe.

Logan then joined a revamped version of the superhero team the X-Men, where eventually writer Chris Claremont and artist-writer John Byrne would play significant roles in the character’s development. Artist Frank Miller collaborated with Claremont and helped revise the character with a four-part eponymous limited series from September to December 1982, which debuted Wolverine’s catchphrase, “I’m the best there is at what I do, but what I do best isn’t very nice.”

Logan is typical of the many tough antiheroes that emerged in American popular culture after the Vietnam War; his willingness to use deadly force and his brooding nature became standard characteristics for comic book antiheroes by the end of the 1980s. As a result, the character became a fan favorite of the increasingly popular X-Men franchise, and has been featured in his own solo comic book series since 1988.

He has appeared in most X-Men adaptations, including animated television series, video games, and the live-action 20th Century Fox X-Men film series, in which he was portrayed by Hugh Jackman in nine of the twelve films. Troye Sivan portrayed a younger version in the 2009 film X-Men Origins: Wolverine.

Despite being one of the most recognizable X-Men today, Logan actually made his comic book debut in a 1974 issue of The Incredible Hulk as a villain.

Wolverine is a mutant who possesses animal-keen senses, enhanced physical capabilities, and a powerful regenerative ability known as a healing factor.

Logan is actually 5 foot 3 inches tall, he is one of the shortest characters in the Marvel Universe. Before Logan’s skeleton bonded to the adamantium, he weighed 195 pounds. Post-adamantium, the 5’3″ Wolverine weighed in at 300 pounds.

He learned Japanese, presumably during his early travels to Japan, and French, presumably from his adventures in the wilderness of Quebec. He’s completely fluent in English, Russian, Chinese, Cheyenne, Lakota, and Spanish. He also knows some Thai and Vietnamese

He is the worlds first and greatest Canadian Superhero.

Born James Howlett, he was a sickly child who discovered his powers after a man named Logan (who also happened to be his real father) shot and killed the man that James thought was his father. After he was driven into a rage that caused him to lose control, he adopted the name Logan.

He Helped Captain America During World War II. During one of his more memorable escapades, he helped a young Captain America and his military colleague Major Ivan Petrovich rescue a very special young woman—Black Widow, who, in the comics universe, has also been around for a very long time.

For a period, Wolverine’s nemesis Sabertooth was intended to be Wolverine’s father, but a S.H.E.I.L.D.-conducted DNA test proved there is no relationship between Wolverine and Sabertooth.

He was first recruited to the X-Men in 1975, a year after his debut in The Incredible Hulk #180, and since that time, he’s appeared on at least 13 different Marvel teams. In fact, he’s joined up with some of Marvel’s most popular teams, such as the Avengers, S.H.I.E.L.D., and the Fantastic Four.

Logan is a father, he has a son named Daken and a daughter named Laura Kinney (also known as X-23).

Daken is the mutant son of Wolverine and his deceased wife Itsu. He possesses superhuman abilities similar to his father (e.g., healing factor, retractable claws), and was a member of the Dark Avengers under the name Wolverine until the conclusion of the 2010 storyline, “Siege”.

X-23 is a female clone of Wolverine. Like Wolverine, X-23 has a regenerative healing factor, superhuman strength, senses, speed, and reflexes. She also has retractable adamantium-coated bone claws in her hands and feet. In 2015, the character succeeded her “father” in adopting the name and costume of Wolverine in the series, All-New Wolverine.

Wolverine’s healing powers protected him from some very serious injuries – like the time Hulk ripped him in half. He’s also survived an atomic blast and getting run over by a steamroller.

Wolverine, however, has implied that he can be killed by drowning. There’s support for this theory in Uncanny X-Force #34, where Wolverine drowns his son Daken, who shares his father’s self-healing ability. Professor X has also suggested that Wolverine could be stopped by removing his head and keeping it far away from his body.

During his imprisonment by Weapon X, he has adamantium forcibly fused onto his bones.

During the 1990s, the character was revealed to have bone claws, after his adamantium is ripped out by Magneto in X-Men #25

The villain Apocalypse captures Wolverine, brainwashes him into becoming the Horseman Death, and successfully re-bonds adamantium to his skeleton. Wolverine overcomes Apocalypse’s programming and returns to the X-Men

Wolverine has regenerated from a single drop of blood