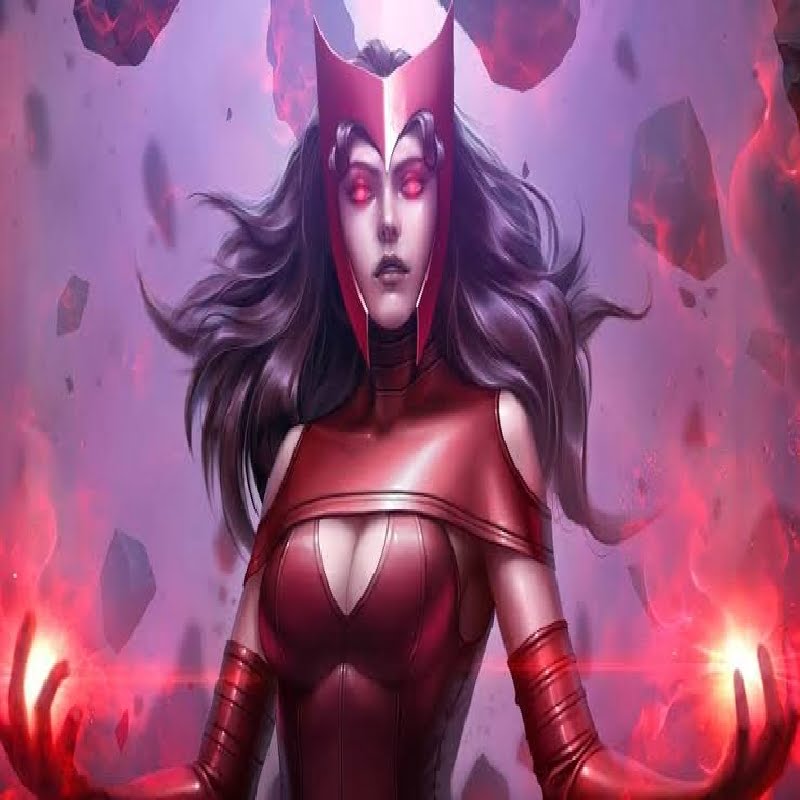 The Scarlet Witch is a superhero appearing in comic books published by Marvel Comics. The character was created by writer Stan Lee and artist Jack Kirby.

She is first portrayed as a supervillain along with her twin brother Quicksilver as a founding member of the Brotherhood of Mutants. In most depictions, she is portrayed as a mutant, a member of a fictional subspecies of humans born with superhuman abilities, and, for much of the character’s history, was considered the daughter of the mutant Magneto.

The Scarlet Witch possesses abilities to alter reality in unspecified ways and is a powerful sorceress. The Scarlet Witch is later depicted as a regular member of the Avengers superhero team.

The Scarlet Witch debuted, together with her brother, Quicksilver, as a part of the Brotherhood of Evil Mutants in X-Men #4 (March 1964) in the Silver Age of Comic Books. They were depicted as reluctant villains, uninterested in Magneto’s ideologies.

The Scarlet Witch is depicted as calm and submissive, as with most female comic book characters of the time. Her costume was mainly composed of a bathing suit with straps, opera gloves, short boots, a leotard covering her body, a superhero cape, and a wimple, all of which were colored in shades of red. She was created by Stan Lee and Jack Kirby.

Along with starring in two self-titled limited series of her own, the character appears in animated films, television series, arcade and video games as well as other Marvel-related merchandise.

Elizabeth Olsen will reprise the role in the upcoming Disney+ series WandaVision (2020) and the film Doctor Strange in the Multiverse of Madness (2021).

The Scarlet Witch was the second-highest-ranked female character (at #12) on IGN’s list of “The Top 50 Avengers”, and was ranked 97th in Wizard’s “200 Greatest Comic Book Characters of All Time” list. She was #14 on Comics Buyer’s Guide’s “100 Sexiest Women in Comics” list.

For Fanboys and Fangirls who want to know all they can about Wanda Maximoff. We’ve put together a list of 15 facts fans probably don’t know about Scarlet Witch.