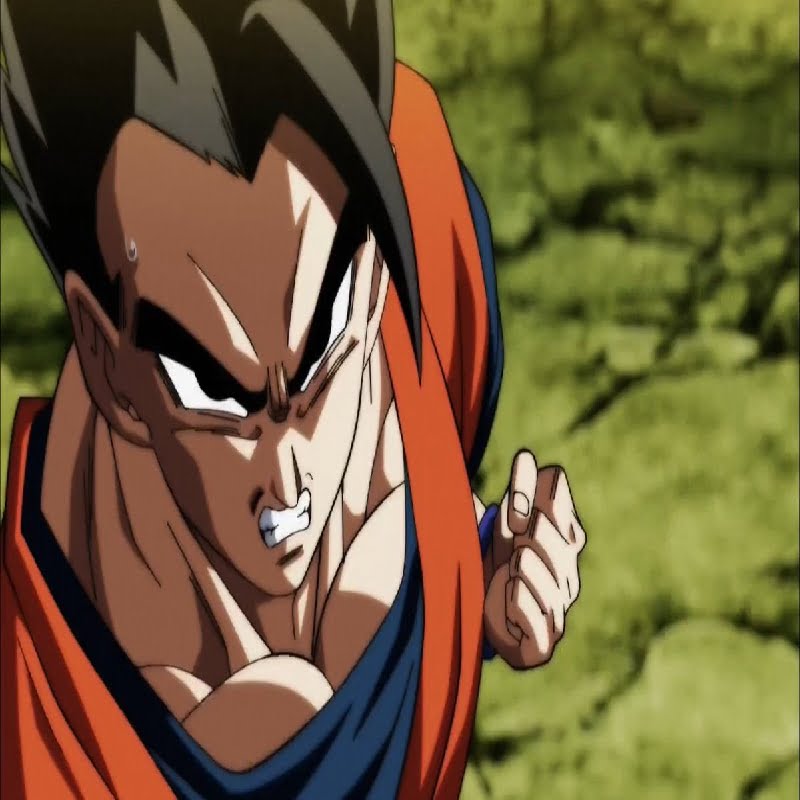 Gohan is a character in the Dragon Ball manga series, created by Akira Toriyama. Gohan is introduced as the first son of the protagonist Goku, and his wife Chi-Chi, in chapter #196 Kakarot, first published in Weekly Shōnen Jump magazine on October 8, 1988.

Chi-Chi is a strict and protective mother to Gohan, forcing him to focus on his studies and forbidding him from practicing martial arts. However, due to the various threats to the Earth, she reluctantly allows him to fight, with him ultimately becoming one of the strongest characters in the series.

He has been well received by both fans and critics, the latter usually citing the character’s growth from his initial appearance to his defeat of Cell.

As a child, Gohan is a shy and studious intellectual child who lacks the Saiyan fighting spirit, so he had to utilize his incredible half-breed Saiyan potential and emotional reserves to protect those he loves, becoming one of the most powerful Z Fighters. As an adult, he achieves his dream career of becoming a great scholar.

Being only half-Saiyan, he is unusual in his values and personality compared to most full-Saiyans. These unique values and personality separate him from pure Saiyans; as powerful as he is, he does not like fighting much. However, when he is forced to fight, he shows special interest in protecting his family and friends. Like his father, Gohan has a truly pure and gentle heart, apart from having the typical Saiyan appetite and will eat anything.

Though he claims he does not share the love of fighting Goku has, Gohan does indeed love martial arts and adventures. It is also clearly obvious that he enjoys his superhuman powers, and he greatly enjoys using them to be a superhero, though he dislikes receiving the fame and attention that comes with it and prefers to keep a low profile, which is why he created the Great Saiyaman persona, in order to keep his identity a secret.

However, even though he is naturally smart, humble and kind, Gohan himself has been a victim of his own power in the past, whenever Gohan gets a gigantic power boost, he becomes arrogant and cocky, essentially becoming drunk in his power, often acknowledging and even enjoying his superiority over his opponents, as he did when he first became a Super Saiyan 2 against Cell, and later in his life when he achieved his Ultimate form, and fought Super Buu.

He marries Videl, with whom he fell in love despite her being Mr. Satan’s daughter, and has a daughter named Pan. Gohan proves to be a loving husband and doting father who takes delight in lavishing his daughter with attention and affection.

By the time of the Tournament of Power, Gohan has become considerably more powerful than before, although it is unclear as to how much more powerful he has become as Piccolo has stated that Gohan’s power is truly bottomless and that he can continue to further strengthen himself to new heights.

In 1993, Gohan placed first in a Dragon Ball character popularity poll voted on by Weekly Shōnen Jump readers, and was also voted the third most popular character by fans of the series for the 2004 book Dragon Ball Forever. Due to the popularity of Gohan, other merchandise, such as action figures, video games, and clothing have featured Gohan in Japan and in various countries around the world.

Most of Gohan’s praise is derived from his role in the Cell arc of Dragon Ball Z. The character’s battles against Cell during the arc and his transformation into a Super Saiyan 2 were positively received as some of the best in the entire series, the fight additionally being praised for its animation.

Anime Focus was impressed with his fight against Majin Buu after he was powered up, calling it a “rare chance for him to flex his muscles” by giving Majin Buu “an impressive beatdown”.

Sam Leach from Anime News Network noted that fans of the series tend to joke Piccolo is a better paternal figure to Gohan than his actual father, Goku, and felt that Dragon Ball Super emphasized it more when Piccolo started training him again.

For Fanboys and Fangirls who want to know all they can about this Mystic Saiyan, we’ve put together a list of 15 things Dragon Ball fans probably don’t know about Gohan.