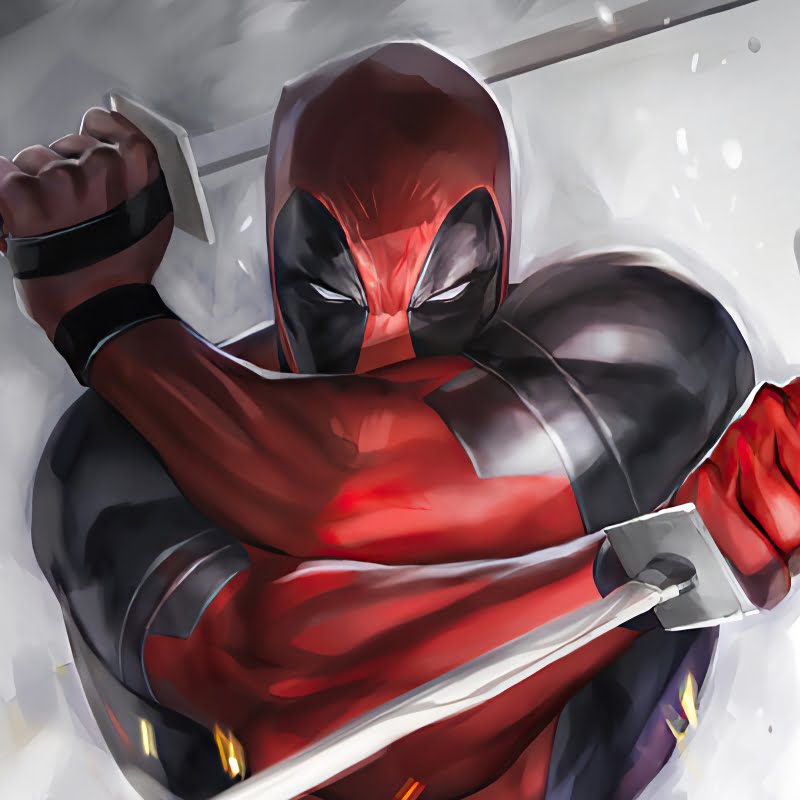 Deadpool is an antihero appearing in comic books published by Marvel Comics. Initially, Deadpool was depicted as a supervillain when he made his first appearance in The New Mutants and later in issues of X-Force, but later evolved into his more recognizable antiheroic persona.

Deadpool, whose real name is Wade Winston Wilson, is a disfigured mercenary with the superhuman ability of regeneration and physical prowess. The character is known as the “Merc with a Mouth” because of his tendency to talk and joke constantly, including breaking the fourth wall for humorous effect and running gags.

Deadpool possesses a superhuman healing factor derived from that of the mutant Wolverine which allows him to regenerate damaged or destroyed bodily tissue with far greater speed and efficiency than an ordinary human. His head or any other limb can be reattached using this ability. While beheaded, Deadpool can still move his body normally. In small doses, Deadpool’s blood has demonstrated the ability to heal others and extend their lifespans beyond their natural limits. When combined with Star Cells injected intravenously, it confers immortality.

Deadpool’s healing factor provides him with an endless lifespan by halting the aging process. His life span is extended to such a degree that an alternate reality version of him was alive and still in business as Deadpool 800 years in the future. He was also cursed with immortality by T-Ray on behalf of Thanos, in order to keep him away from Death.

Deadpool is a highly trained assassin and mercenary. He is adept in multiple forms of martial arts, including Savate. Deadpool is an extraordinary athlete, and an expert swordsman and marksman. He is skilled in the use of multiple weapons, including katanas, knives, grenades, and guns. His accelerated healing factor may contribute to his abilities, allowing him to perform the intense exercise for extended periods of time with minimal aches and fatigue. Although in earlier years he was originally portrayed as having superhuman strength, he is no longer depicted as having this ability. Deadpool is rated as having a low degree of superhuman strength allowing him to lift 800 pounds (362 kgs).

Over the years, Deadpool has owned a number of personal teleportation devices. Also, during Deadpool’s first ongoing comic, he possesses a device that projected holographic disguises, allowing him to go undercover or conceal his appearance. Deadpool is multilingual, with the ability to speak fluently in German, Spanish, ASL, and Japanese, in addition to his native English.

Liefeld’s favorite comic title before X-Men was Avengers, which featured weapons like Captain America’s shield, Thor’s hammer and Hawkeye’s bow and arrow. Because of this, he decided to give weapons to his new characters as well. Liefeld, also a fan of the Teen Titans comics, showed his new character to then-writer Fabian Nicieza. Upon seeing the costume and noting his characteristics (killer with super agility), Nicieza contacted Liefeld, saying “this is Deathstroke from Teen Titans”. Nicieza gave Deadpool the real name of “Wade Wilson” as an inside-joke to being “related” to “Slade Wilson”, Deathstroke.

Other inspirations were Spider-Man, Wolverine and Snake Eyes. Liefeld states: “Wolverine and Spider-Man were the two properties I was competing with at all times. I didn’t have those, I didn’t have access to those. I had to make my own Spider-Man and Wolverine. That’s what Cable and Deadpool were meant to be, my own Spider-Man and my own Wolverine.” “G.I. Joe was my first obsession. Those were the toys in the sandbox with me, kung fu grip, eagle eye, I had them all. G.I. Joe is a world of characters that I have always aspired to participate in. Snake Eyes was a profound influence on my creating Deadpool.”

Wade had conflicting memories of his childhood. The character’s back-story has been presented as vague and subject to change, and within the narrative, he is unable to remember his personal history due to a mental condition. Whether or not his name was even Wade Wilson is subject to speculation since one of his nemeses, T-Ray, claims in Deadpool #33 that he is the real Wade Wilson and that Deadpool is a vicious murderer who stole his identity.

After leaving home, he appears to have joined the U.S. Army Special Forces but despite his superior skills, he was drummed out for not following orders that conflicted with his moral code. After a failed suicide attempt just before his nineteenth birthday, Wade was invited to join a clandestine group of CIA-sponsored mercenary assassins thanks to his military record, assured that his targets would all deserve death.

He then relocated to America. Wade met and fell in love with mutant teenage prostitute Vanessa Carlysle, with whom he shared dreams of a better life. Learning that he had developed 34 inoperable cancerous tumors, Wilson broke up with his girlfriend Vanessa rather than force her to remain with a terminally ill man. He even gave up his chemo treatments, not wishing to prolong things.

Back in Canada, he was offered hope in the form of Department K, a special weapons development branch of the Canadian government. Wilson became a test subject in Department K’s branch of the joint U.S./Canadian superhuman enhancement project, the Weapon X Program; his cancer was temporarily arrested via the implantation of a healing factor derived from another Department K agent, the mutant adventurer Wolverine.

Shortly thereafter, his healing factor began to destabilise, bringing his cancer back from remission and causing deformities in his flesh. As a result, he was rejected from the Weapon X Program and sent to the Hospice, allegedly a government facility where failed superhuman operatives were treated. However, unknown to the Canadian government, the Hospice’s patients served as experimental subjects for Doctor Killebrew and his sadistic assistant Ajax (known then as the Attendant), with the patients placing bets in a “deadpool” as to how long each subject would live. Killebrew subjected Wilson to various torturous experiments for his own deranged satisfaction.

Ajax tore out Wilson’s heart and left him for dead, but Wilson’s thirst for vengeance was so strong that it jump started his healing factor, regenerating his heart, although not curing his scarred body. Wilson then made his way to Ajax and shot him in the chest with two automatic rifles, leaving him for dead. Taking the name Deadpool, he escaped from the Hospice with his fellow patients.

Two variations of Wade Wilson appear in the live-action X-Men film series, portrayed by Ryan Reynolds. The first variation appears in X-Men Origins: Wolverine, with Scott Adkins serving as the character’s stunt performer. This version is a highly-skilled, wisecracking, and amoral mercenary who wields a pair of katanas with peak athleticism and skill sufficient to deflect automatic weapons fire.

Following the events of the live-action film X-Men: Days of Future Past, which resets the X-Men film series’ timeline from 1973 onward, Reynolds appears as a new variation of Wilson in Deadpool (2016). This version is a mercenary who is diagnosed with late-stage cancer and turns to Ajax after he offers a cure. Ajax tortures Wilson in order to catalyze the treatment, which eventually results in recessive mutant genes activating, causing the latter’s disfigurement and healing factor. In response, Wilson develops a vendetta against Ajax and undergoes a quest to force him to fix his disfigurement before eventually killing him upon learning it would be impossible.

Deadpool was ranked 182nd on Wizard magazine’s list of the Top 200 Comic Book Characters of All Time, ranked 45th on Empire magazine’s list of The 50 Greatest Comic Book Characters, and placed 31st on IGN’s list of the Top 100 Comic Book Heroes. In Superman/Batman Annual #1, an unnamed antimatter doppelganger of Deathstroke looks like Deadpool. DC Rebirth has given Harley Quinn a stalker/friend named Wayne Wilkins AKA “Red Tool”, who is a direct parody of Deadpool.

Deadpool is aware that he is a fictional comic book character. He commonly breaks the fourth wall, which is done by few other characters in the Marvel Universe, and this is used to humorous effect, for instance, by having Deadpool converse with his own “inner monologue,” represented by caption boxes.