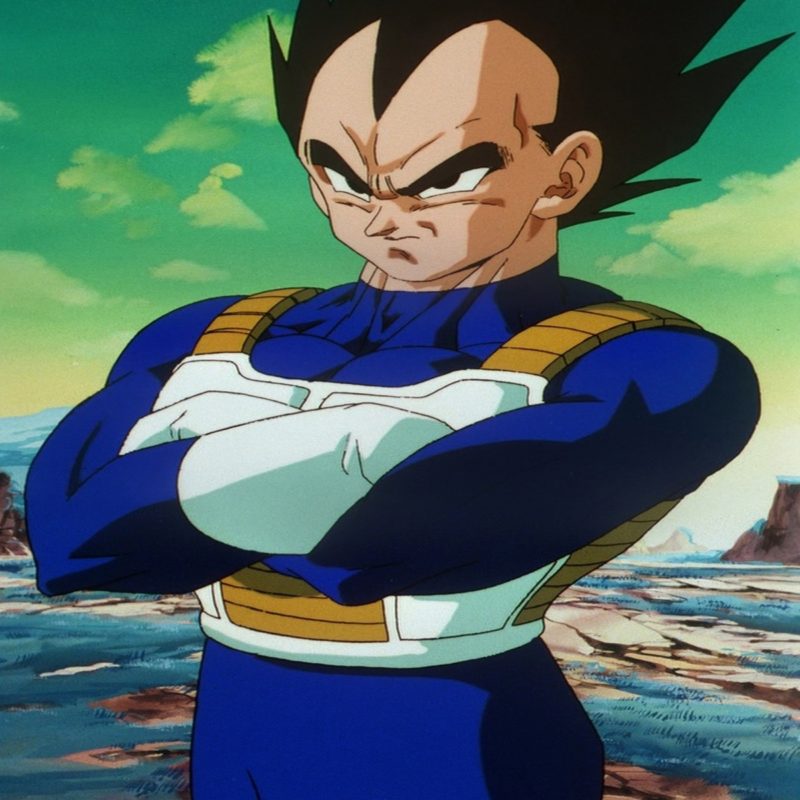 Vegeta is a fictional character in the Dragon Ball manga series created by Akira Toriyama.

He is a member of an extraterrestrial race of warriors known as the Saiyans just like the series’ protagonist, Goku. Vegeta is extremely vain and proud, constantly referring to his heritage and his status as the Prince of the Saiyans throughout the series. He believes he should be regarded as the strongest fighter in the Universe and becomes obsessed with surpassing Goku after fighting him.

After his loss to Goku and the Z fighters, he later reluctantly unites with the heroes to thwart greater threats to the universe such as Frieza, Cell and Majin Buu. Throughout the series, his role changes from villain to antihero and later as one of the heroes, while remaining a rival to Goku.

Vegeta’s character, particularly his personality, has been well received. He is one of the Dragon Ball franchise’s most popular characters, and his first confrontation with Goku is considered to be one of the manga and anime’s most iconic battles.

For Fanboys and Fangirls who want to know all they can about the prince of all Saiyans, we’ve put together a list of 15 things Dragon Ball fans probably don’t know about Vegeta.