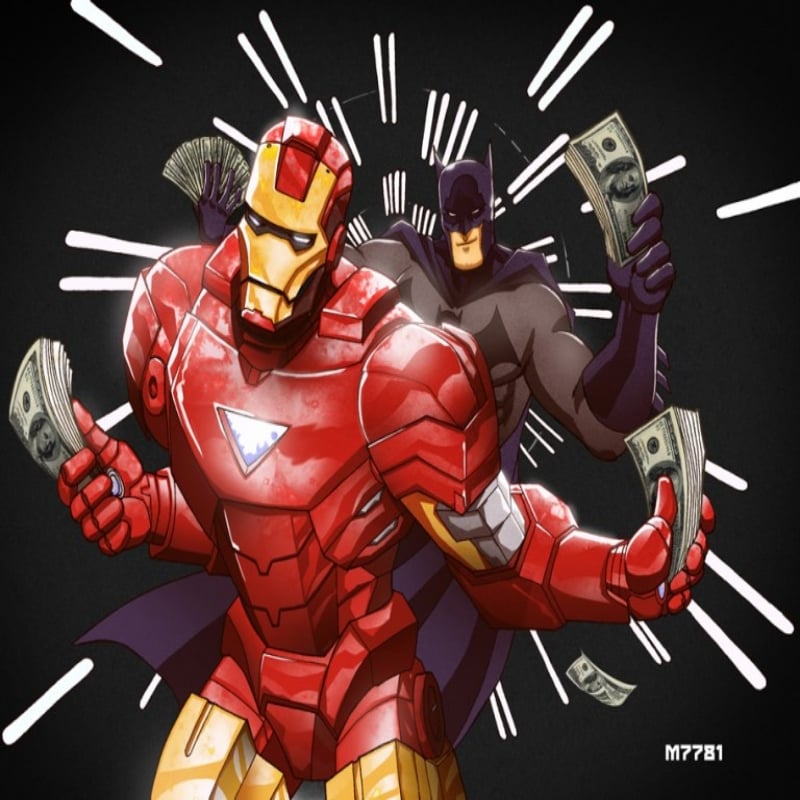 T’Challa, also known as the Black Panther, is King of Wakanda, a fictional African country. Wakanda is known to be rich in Vibranium, the strongest material on the planet, which Captain America’s shield is made out of.

Another “regular” person to be a billionaire, Tony Stark built his Iron Man suits using gadgets and money he gets from running his company, Stark Industry. Tony funds the efforts of the Avengers, complete with a tower, new gadgets, science rooms, and more.

Bruce Wayne, the head of Wayne Enterprises, has got a lot of money flowing in from investments his company makes. This billionaire playboy focuses his efforts on philanthropy; opening new schools, funding housing projects, and … in his spare time … building massive armored suits, several different high-tech Bat-mobiles, and a cave chock-full of state-of-the-art technology

The third and final “playboy billionaire” on this list, Oliver Queen (Green Arrow) heads up Queen Industries and has even served as the Mayor of his city in the comic books.

The paraplegic leader of the X-Men must have the wealth to be able to run his famed Xavier’s School for Gifted Youngsters. He is responsible for funding every piece of tech that his students, and the X-Men, could possibly need in order to save the world.

The villain-tuned-hero, Emma Frost is the CEO of her multi-billion dollar electronics corporation “Frost International”. Emma used the company to sponsor the X-Men and Utopia.